NEW BETHLEHEM, Pa. (RVO)  by John Gerow – With the COVID–19 restrictions going away, a group of concerned area residents gathered at the East Brady High School Community Center, Wednesday evening, June 10 to organize the area’s first civilian police support organization. New Bethlehem Police Chief Bob Malnofsky says that his goal is to have the community involved with the police, with a goal of developing a “pro-active” police presence, not just a police presence that responds to criminal activity. The Chief thinks that citizen involvement with local police offers more opportunities for outreach by the police to the community. He also sees these groups as a source of fundraising for local police agencies for things that municipal governments might not have the ability to provide. Two such funding areas that Chief Malnofsky sees for the New Bethlehem Police Department are computers in the patrol cars and a K-9 unit. 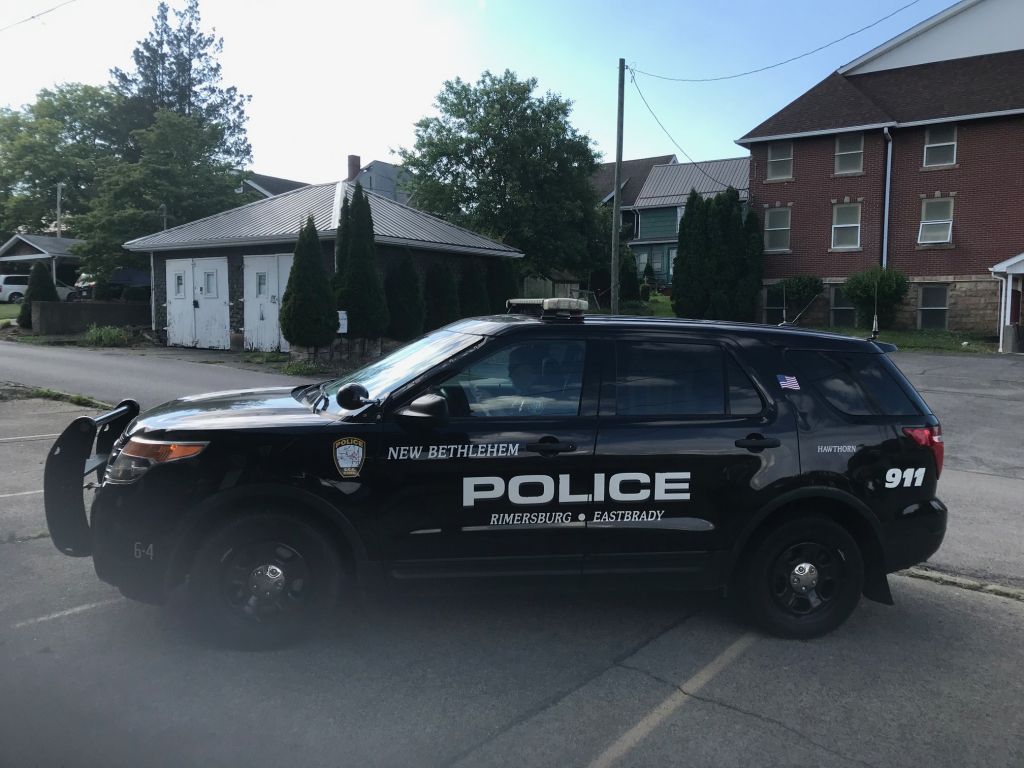 Police departments began using computers in patrol cars in 1979, according to an article published by the Canadian Broadcasting Company. Since then, police departments around the world are using computers in patrol cars. The computers allow officers to instantly run “wanted” and “warrant” checks on people they are interacting with. Besides these court records, the computers also can connect to dozens of databases of known violators in specific types of crime. If a routine traffic stop arouses the officer’s suspicion, the computer lets that officer search databases that pertain only to the activities that the officer is concerned about. Computers also provide more secure communication with dispatch or backup than conventional police band radio.

The K-9 unit is the ultimate police tool to Chief Malnofsky’s way of thinking. He says that a drug trained dog not only aids in searches of vehicles or buildings, but the presence of a drug dog on a drug trade route serves as a deterrent to dealers traveling through that jurisdiction. Police dogs also assist in tracking lost or wanted people and can assist in take downs when necessary.

But, maybe just as important, the K-9 is an incredible “goodwill ambassador” from the police to the community. A police dog, active in community events, fosters positive interaction between the police and the people. Young people are especially responsive to the presence of a police dog. The good relationships that a K-9 creates, can have a long – lasting, positive impact on the community, and the quality of life in that community.

And so, 11 area residents sat down with the Chief and outlined a plan to have the communities become more involved with the New Bethlehem Police Department. The group agreed to organize a non – profit organization and to pursue a 501-C (3) tax exempt status. Five among the 11 volunteered to serve as a Board of Trustees for the organization. Of these 5, Emmanuel Marshall of Hawthorn will serve as the Board’s first president, Joe Hillwig of East Brady will serve as Vice President, and Rebekah Weckerly, NBPD Secretary will be the group’s Secretary – Treasurer. John Gerow and Todd Smith are the other two trustees. Other community members who attended were New Bethlehem Mayor Gordon Barrows, NB Councilwoman Lisa Kerle, East Brady Councilwoman Barb Mortimer, Terry Beamer Hawthorn Borough Councilman, Jerry Miller from East Brady, and Tyler Smith of Clarion. 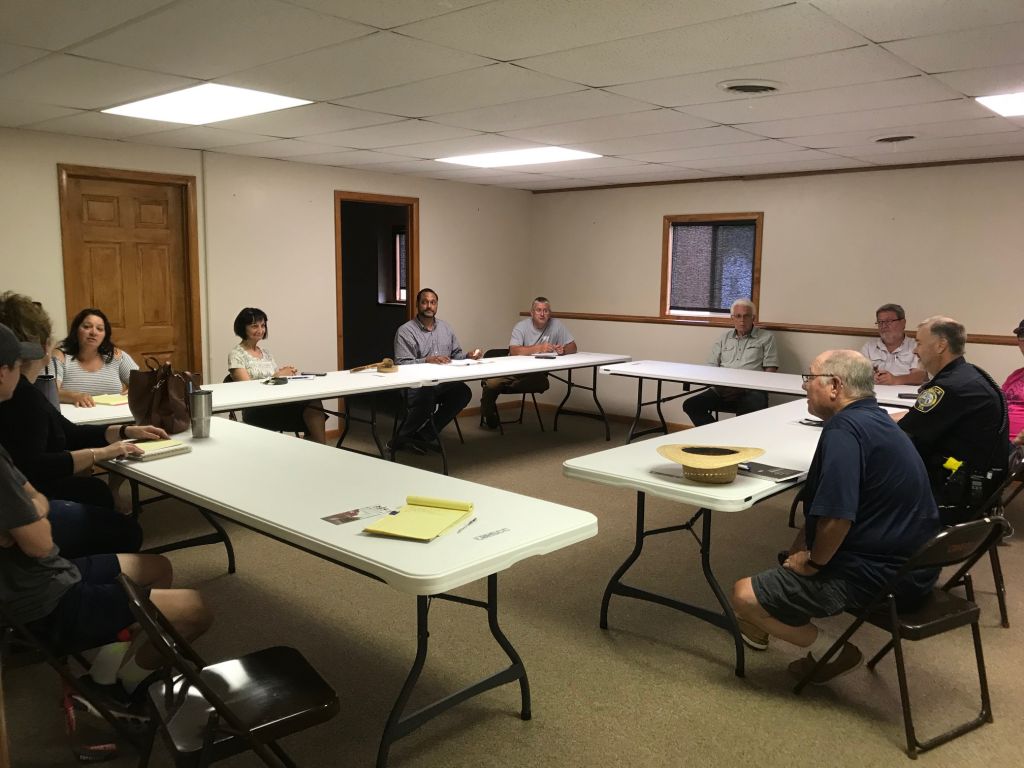 The members of the newly formed “Southern Clarion Police Association” have tasked themselves with organizing several fund raisers right out of the chute. Prior to the Covid shutdown, Chief Malnofsky was organizing a fundraiser for the K-9 unit, that he called “The Battle of the Banks”. The Chief, now with the support of the SCPA, will challenge each of the regions bank to raise money for the K-9 unit. The New Bethlehem Borough Council will award the bank that raises the most money with the K-9 account. SCPA members hope “The Battle of the Banks” gets under way yet in June.

The very successful “Cops and Bobbers” Kids’ Fishing Derby will return to Gumtown Park in August. While usually considered a spring event, the unique situations of 2020 necessitate a move to mid – summer. The Chief told the group Wednesday evening that several area police departments want to participate. The SCPA hopes to have the National Guard and other agencies take part as well. 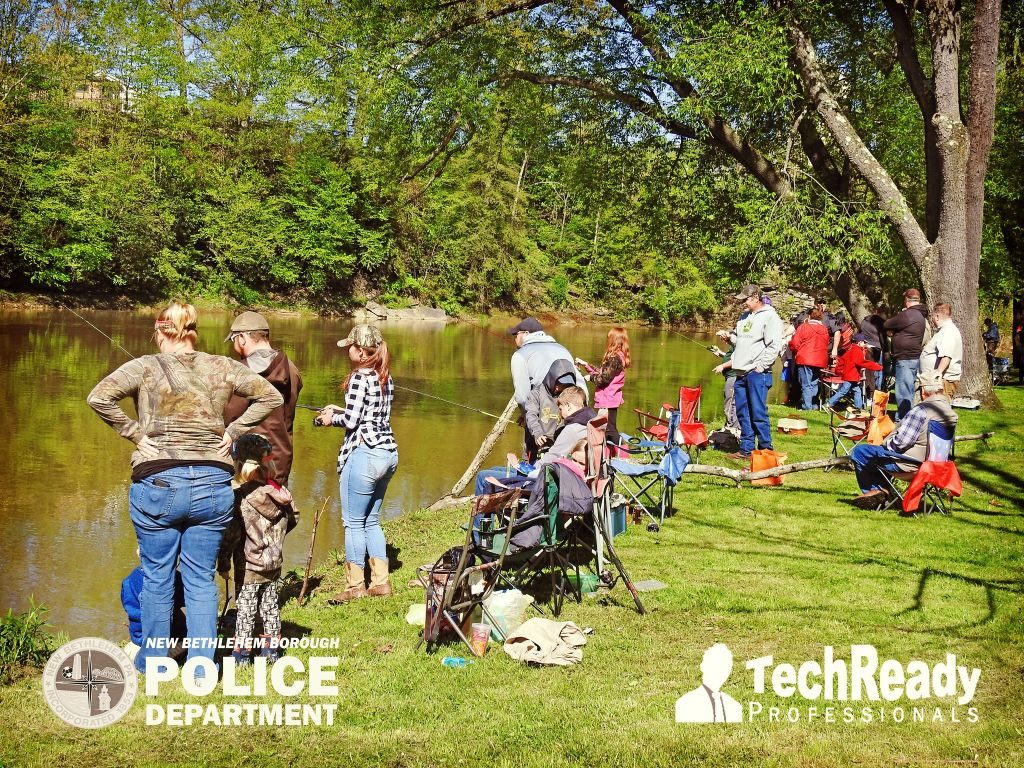 Looking ahead, East Brady will host the “Brady Cup” basketball tournament again this winter and the group will be looking for a community outreach event for Hawthorn Borough to host. Chief Malnofsky envisions 4 community events every year – one in each one of the boroughs serviced by the New Bethlehem Police Department.

The Southern Clarion Police Association will meet on the second Monday of each month at 7 PM. Meetings will alternate between East Brady in the even numbered months and New Bethlehem in the odd numbered months.

MISSION:
New Bethlehem Borough Council fosters business, community, and personal growth within the borough while maintaining the small town appeal and family friendly environment that makes New Bethlehem such a great place to work, live and raise a family.